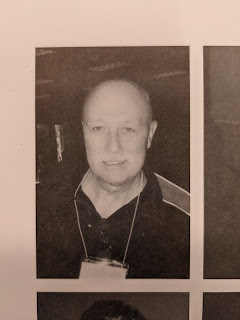 Dr. Charles Suffel, a highly regarded professor of mathematical sciences at Stevens Institute of Technology in the Charles V. Schaefer, Jr. School of Engineering and Science and a former Dean of Graduate Studies passed away on February 4, 2021. Professor Suffel earned his bachelor's degree in 1963 and his master's in 1965, both in electrical engineering. He was awarded his Ph.D. in mathematics in 1969. He earned all of his degrees at the Polytechnic Institute of Brooklyn. Professor Suffel's distinguished career at Stevens Institute of Technology spanned more than five decades. He joined Stevens in 1969 as assistant professor of mathematics. He became an associate professor in 1974 and a full professor in 1979. He served as Dean of Graduate Studies from 1995 to 2015, before rejoining the faculty ranks. Professor Suffel's research focused on graph and network theory and the reliability of networks. He served as managing editor of the journal Networks from 1978 to 1999. In addition to authoring over 60 publications in graph theory and network reliability, he was the advisor for 17 doctoral students. He was also a participating scholar in the New York Academy of Sciences. Professor Suffel was a co-recipient of the Jess H. Davis Memorial Award for Research Excellence in 1982. Professor Suffel was a gifted teacher who dedicated himself to mentoring and educating students. His exceptional teaching was recognized with the Henry Morton Distinguished Teaching Professor Award in 1989 as well as the Stevens Alumni Association Outstanding Teacher Award in 1978 and 1991, an award that can only be received twice in a lifetime. He received the degree of Master of Engineering (Honoris Causa) from Stevens in 1985. Professor Suffel was born on December 9, 1941 in Brooklyn, New York. He was a dedicated Yankee fan, a lover of good beer, cigars, and sudoku puzzles. He was a wonderful friend, father, and husband. He is survived by his daughter Dorothy Rose Bousseau and husband Larry Pisano, his son Charles Laurence Suffel, wife Jennifer, and his two loving grandchildren Rebecca Danielle and Charles Daniel.

September 03, 2020
PETER BORWEIN 1953 - 2020 It is with a deep sense of loss that we write that Peter Borwein passed away on Sunday, August 23, 2020. Jennie, his wife of 39 years, was by his side. We will remember Peter as an embarrassingly proud father; deeply loving husband; protective brother, uncle, and son; and faithful friend. In 1980, at the age of 27, Peter started work as an assistant professor of mathematics at Dalhousie University in Halifax, Nova Scotia.   While he was there, he, his brother Jonathan Borwein and David H. Bailey of NASA wrote the 1989 paper that showed a proof for computing one billion digits of π. They won the 1993 Chauvenet Prize and Hasse Prize. He later went on to become Professor and Burnaby Mountain Chair at Simon Fraser University (SFU). In 1995, the Borweins collaborated with Yasumasa Kanada of the University of Tokyo to compute π to more than four billion digits. Borwein has developed an algorithm that applies Chebyshev polynomials to the Dirichlet eta funct
Read more