Showing posts from August, 2020
Show all

August 27, 2020
Dear Colleagues, Due to potential COVID-19 outbreak, the 25 th  Atlanta Lecture Series (originally scheduled to the weekend of April 11)  is postponed to Saturday and Sunday, September 12 and 13.  I apologize for the inconvenience costed to you and wish to see you all in September.   Best wishes. Guantao
Post a Comment
Read more 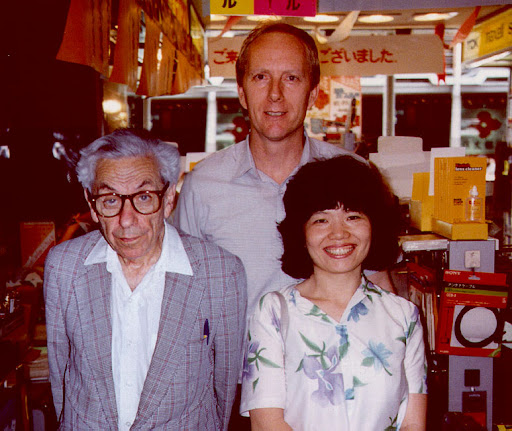 Che Graham  -  http://math.ucsd.edu/~fan/ron/jug.html Ronald Graham, his wife Fan Chung Graham and Paul Erdős in Japan 1986. Ron Graham, 1935-2020 was one of the first recipients of the Euler medal in 1993 .  At that time he was a University Professor of Mathematical Sciences at Rutgers University, Adjunct Director for Research at Information Sciences Division AT&T Bell Labs, and President of the American Mathematical Society.   He worked at Bell Laboratories until 1999, starting as director of information sciences and ending his tenure there as chief scientist. Graham then joined the faculty at the University of California, San Diego and later became chief scientist at the California Institute for Telecommunications and Information Technology, a joint operation between the university and the University of California, Irvine.  In 2003-2004, he served as President of the Mathematical Association of America.   Graham was a frequent host and collaborator with Erd ő s, and in
Post a Comment
Read more

August 13, 2020
The 34 th  Midwest Conference on Combinatorics and Combinatorial Computing (MCCCC) was originally scheduled to be during October 16-18, 2020 in Las Vegas, Nevada. However, due to Covid-19 pandemic and many restrictions and uncertainties associated with it, the 34th MCCCC is postponed until October 2021. The exact dates of the conference will be announced later. The organizing committee of the conference apologies for any   inconveniences that this  postponement may be causing for you.
Post a Comment
Read more

Dr Tao Zhang awarded the 2019 Kirkman Medal of the ICA

August 06, 2020
Dr Tao Zhang awarded the 2019 Kirkman Medal of the ICA Kirkman Medals  recognize excellent research by Fellows or Associate Fellows of the ICA early in their research career, as evidenced by an  excellent body of published research . Dr. Zhang earned his PhD in 2017 at Zhejiang University under Professor Gennian Ge. Since 2017, he has served as Associate Professor at Guangzhou University. Dr. Tao Zhang has made deep contributions to lattice tilings and their applications, algebraic coding theory, and design theory. His notable research achievements include a significant advance on the Golomb-Welch conjecture on lattice tilings, and the construction of new classes of quantum error-correcting codes with large minimum distance. Dr. Zhang’s research has resulted in more than twenty published papers in top-ranked discrete mathematics and electrical engineering journals. He has given ten conference and workshop talks, including a plenary address and an invited talk. The ex
Post a Comment
Read more
More posts