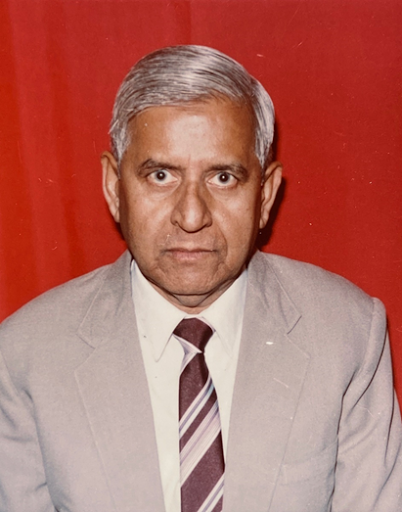 It is with great sadness to announce that Professor Dharam Vir Chopra of the department of Mathematics, Statistics, and Physics passed away Monday, September 14, 2020.

Although he was 89 years old, he was still active in research in Combinatorics and Statistics up to the present. He began a phased retirement in January 2020 after being a faculty member at Wichita State University for fifty-three years. Professor Chopra joined the mathematics department faculty in 1967 as an Assistant Professor. He became an Associate Professor in 1971 and a Professor in 1977. He was instrumental in developing the academic area of Statistics at WSU to the level of becoming a joint department with Mathematics.

Professor Chopra was the Interim Chair of Mathematics in 1982-1983, the Chair of the Department of Mathematics and Statistics in 1985-1987, and the Associate Chair and Director of Statistics at the New Jersey Institute of Technology while on leave from WSU in 1988. Also, he served as Interim Chair of the Department of Computer Science in 1992-1993.  While Chair of Mathematics and Statistics, the department began its PhD Program in Applied Mathematics. Professor Chopra served on many LAS and University committees over the years. He was active in research and authored more than 80 papers in scientific journals as well as organizing conferences and holding administrative positions in scientific societies.

Professor Chopra was an accomplished and dedicated statistician who has provided many years of distinguished service to the department and the university. He was well-liked by students and faculty. We shall miss him greatly.

A future memorial service will be announced at a later date.