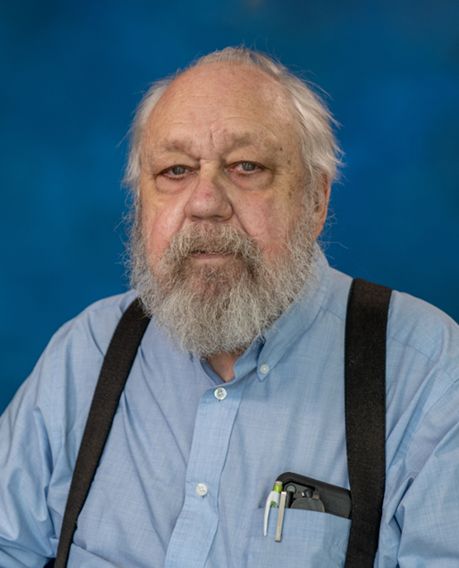 Dean Hoffman was a caring mentor, an insightful mathematician, an intense backgammon player, an engaging speaker, and a very effective teacher.

He received the BA from Union College in 1970, began graduate studies at University of Michigan, and earned the PhD from University of Waterloo in 1976 under David Klarner and Ron Mullin. He began work at Auburn University in 1977 and was still guiding students at the time of his passing.  He directly supervised over 20 PhD students, but inspired, guided, and motivated hundreds more.  His teaching style was both traditionally engaging and unique to him – many of his former students have adopted components of his classroom presence

Dean Hoffman’s published research includes over a hundred papers, chapters, and books on graph theory, design theory, number theory, and puzzles.  More likely, he will be remembered by his collaborators for his unscheduled calls, emails, faxes, and visits with surprising and sudden one-page responses to some of the most difficult and fiddly details.  He found joy in discovering and sharing results in many different formats – for example, he had a beautiful pair of orthogonal latin squares of order 10 that he had painted hung in his living room.

Early in his career, he invented the Hoffman packing puzzle – one takes a set of 27 identical cuboids with sides of length a, b, and c, and rotates them to fit in a larger cube of side length a+b+c.  The puzzle itself is both beautifully intricate and beautifully simple, and like many of Hoffman’s questions, has spawned further questions.  Many of his later puzzles were contextual to classes he was teaching or papers he was collaborating on, and folks often solved them for small cash prizes and large bragging rights.

Many collaborators and graduate students have fond memories of meeting up after a seminar or day of classes to listen to him play his antique steel guitar or play backgammon.  Dean Hoffman leaves behind his wife Dr Gail Coblick Hoffman, sons Noel and Ian (Melanie) and grandson Beckett.

April 05, 2018
4th Annual Kliakhandler Conference  Graph Decompositions  August 9-11, 2018  The 4th annual Kliakhandler Conference will be held August 9-11, 2018 on the campus of Michigan Technological University. The focus of the conference this year will be on graph decompositions. Graph decomposition problems regularly appear in the fields of graph theory, design theory, and algebra and have applications to communication, optimization, and algorithms. The conference will consist of a mix of plenary talks and contributed talks. The conference will also include a special session titled “Everyday Combinatorics”, which will focus on combinatorics at the high school level. A combinatorics specialist with an interest in math education will organize the session, and local high school teachers will be invited to attend the session. Conference Website: http://kliak.mtu.edu/ The university is located fifteen minutes from the Houghton County Memorial Airport (CMX). It is also two hours by car
Read more